Horses are commonly used for athletic purposes because of their speed and endurance. A horse’s limbs are adapted for fast running, the downside of which is the commonness of limb injuries.

Introduction to Tendons and Ligaments.

Ligaments and tendons are vital parts of the musculoskeletal system of a horse. Ligaments are short flexible fibrous bands that connect bones and hold joints and organs in place.

A tendon is a flexible inelastic fibrous band that attaches bone to muscle. It transmits force from muscle to bone.

Both ligaments and tendons are made up of fibrous connective tissue mainly composed of type I collagen fibres. As well as collagen fibres, ligaments also contain spindle shaped fibrocytes, which synthesize collagen and ground substance.

A tendon contains proteoglycan, elastin, glycosaminoglycans, inorganic components, and a few tenocytes, which are rod or spindle shaped fibroblast-like cells which synthesise collagen.

Morphologically, both ligaments and tendons are similar. As mentioned earlier, these are mainly composed of type I collagen that is arranged in a triple helix. The dry matter of tendons and ligaments is made up of approximately 80% type I collagen, with some type III collagen also present. Collagen fibrils are arranged in bundles and appear as a crimped pattern when viewed under a light microscope.

Normally, tendons are surrounded by a tendon sheath.

The horse’s forelimbs and hind limbs contain several tendons and ligaments. There are two main types of tendons in the horse’s limbs, named according to their function. Flexor tendons are located on the backside of the limb and help to flex the limb. The superficial digital flexor tendon(SDFT) and deep digital flexor tendon (DDFT) are present in both the forelimb and the hind limb of a horse, allowing the lower part of the limb to be flexed.

What causes tendon and ligament injuries?

Injuries to tendons and ligaments can result in the disruption of the internal organisation of these structures. Injuries can be divided into acute injuries and overuse injuries.

An acute injury occurs via a sudden trauma to the horse, for instance a fall, twist or blow, sprains, strains, contusions, jumping at high speed, and sudden accidents.

Overuse injuries occur gradually over time. These occur when an athletic (or other) activity is repeat often, not allowing the body sufficient time to heal any injury sites.

Most tendons are short and strong, so rarely get damaged. Longer tendons, however, are more frequently damaged during races and exercise.

Enthesis, where the ligaments or tendons attach to the bone, are vulnerable to both acute and overuse injuries.

Strenuous exercise can result in the tearing of collagen fibres in the tendons and ligaments of horses. Over-stretching of tendons, work on un-level ground, high speed jumping or sudden accidents can damage these structures.

The degree of damage can vary from minor to severe with total tendon rupture being the worst outcome.

Severe damage leading to tendon rupture can ultimately result in lameness. If a tendon sheath incurs damage, this may even result in the animal’s death.

Injuries can affect any tendon or ligament in a horse’s body. SDFT and DDFT injuries are the most common injuries in horses. Both tendons run down the back of the limb from the knee/hock joint level to the lower limb. SDFT occurs on the pastern bone, one of the middle phalanxes of the horse, whilst DDFT ends on the back of the pedal bone, a distal phalanx. SDFT injuries commonly occur in the forelimb of the horse but can also affect the horse’s hindlimb. DDFT injuries can occur in both the forelimbs and the hind limbs of a horse.

Ligaments provide support to joints. Direct trauma or excessive force to a joint can cause ligament injuries to occur.

Ligament injuries commonly occur in suspensory ligaments, collateral ligaments of the coffin, fetlock and hock joints, and the palmar annular ligament of the fetlock joint.

The most commonly injured tendons and ligaments are those on the plantar or palmar aspect of the distal limb.

How to diagnose tendon and ligament injuries?

To diagnose a tendon or ligament injury of the equine distal limb, a clinician will consider the history of the animal including exercise time and types of exercises carried out. Inflammatory signs such as swelling, heat, pain, and lameness can be diagnosed via a physical examination.

The repair of tendons and ligaments occurs in three phases:

The inflammatory phase is short. A haemorrhage occurs in the injured site of the tendon or ligament. A hematoma is usually formed at this stage. Consequently, there is increased blood flow to the area and cardinal signs of inflammation such as swelling, redness, and increased temperature can be observed in the injured site. This can result in severe pain to the animal, and the horse will usually become lame.

During the 2nd phase, the healing of the ligament or tendon occurs. The scarred tendon is not as strong as a healthy tendon. During healing, the usually predominant type I collagen is replaced by type III collagen. In the remodelling phase levels of type I collagen do increase, however this does not return to previous levels.

The location of the injury can be found thanks to inflammatory cardinal signs such as swelling of the injured site. Swelling of SDFT is most apparent when assessing the palmar contour of the limb. In severe SDFT tendinopathy, the affected limb shows greater than normal overextension of the metacarpal joint when the animal is walking. A clinical examination will confirm the ligament and tendon injury, but the extent of the damage is difficult to assess by external observation and palpation alone.

Therefore, an ultrasound scan is carried out for further diagnosis. An ultrasonographic evaluation allows the damaged structures to be visualised if the injuries occur above the hoof capsule of the horse.

Additionally, radiography and gamma scintigraphy can be used for diagnosis. The advent of magnetic resonance imaging (MRI) and computed tomography (CT) for horses has enabled us to identify injured ligament and tendon areas where ultrasonography is limited.

How to Treat Tendon and Ligament Injuries?

There are several treatments for tendon and ligament injuries.

Physical therapies like cold pressure treatments can be carried out in the acute inflammatory phase of tendon and ligament injury. To carry out this treatment, apply ice 2 or 3 times per day. Because ice packs numb pain and cause vasoconstriction, they reduce the swelling of the injured site.

As well as cold hosing, we can also administer anti-inflammatory drugs like phenylbutazone to help reduce inflammation. This helps to reduce the inflammatory signs and the pain of the horse. Bandaging the affected area controls the mobilisation of the joint. This helps to improve the healing process.

Even after the healing process is complete, injured ligaments and tendons are weaker than normal uninjured ones. Therefore re-injury is common in damaged sites. We must therefore look after an injured horse carefully. Box rest can be a helpful method to ensure this. During box rest, the horse requires mild exercise to prevent the injured sites from accumulating with adhesives, which could otherwise lead to immobility of the injured joints.

Tendon injections such as polysulfated glycosaminoglycan (PSGAG) can also be administered to help speed up the healing process. Nowadays, however, it is more common to inject stem cells or platelet-rich plasma directly into the injured site soon after the injury occurs. Extracorporeal shock wave therapy is also used as a treatment for tendon and ligament injuries in horses.

Healthy tendons and ligaments are vital to maintaining a horse’s wellbeing and athleticism.
Tendons attach muscle to bone, while ligaments connect bones to other bones. Both ligaments and tendons are bands of connective tissue that can be injured through sudden traumatic accidents and overwork. The injury of these structures is a common cause of lameness in horses. Understanding these conditions will help you to prevent these injuries from occurring and to treat them properly if necessary.  Remember, early identification can save the animal from undergoing severe pain. If you miss the early signs, conditions can worsen, making it difficult to restore your horse to its normal fitness. If you do not feel confident in your knowledge of these conditions it is always advisable to seek help from a professional. 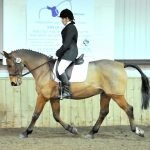 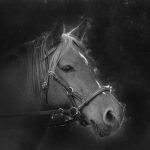 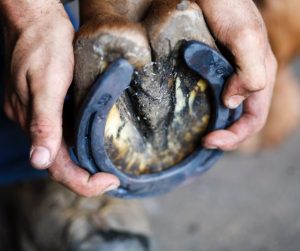 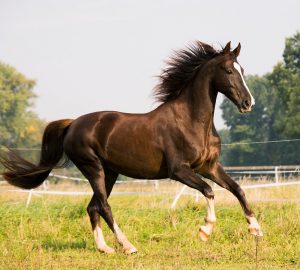 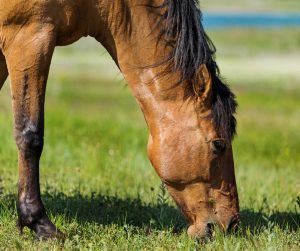